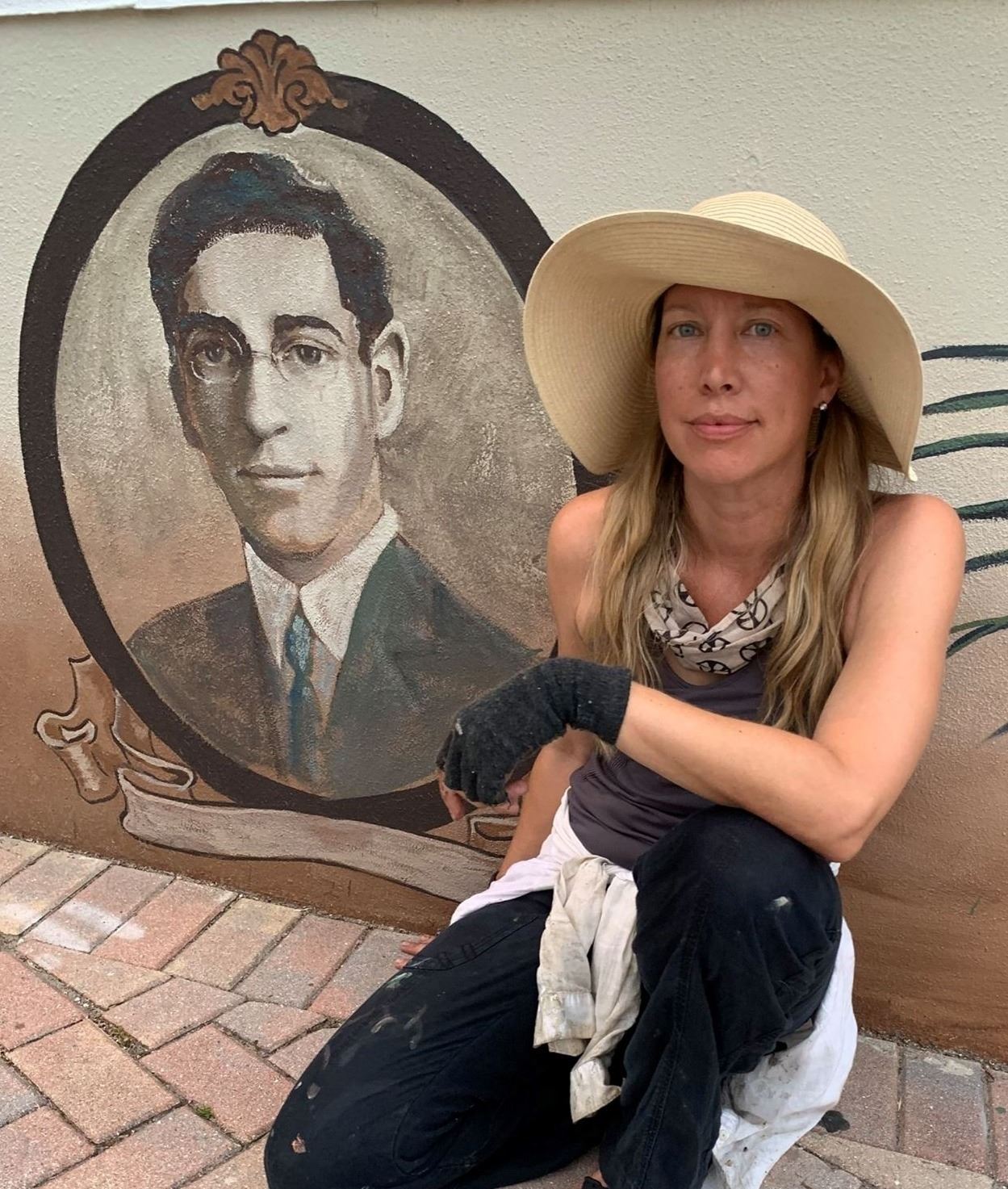 Carrie M. Jadus was born in Tampa and raised in Saint Petersburg. Encouraged by an ancestry of artists and a supportive family, Jadus acknowledged her aspiration at an early age.

She attended Pinellas County Center for the Arts (PCCA) at Gibbs High School where she honed her skills and trained herself to work in a variety of mediums. Inspired by adventure, Jadus journeyed to Europe after graduation and discovered a passionate fascination with Impressionism.

Upon her return, she took an unexpected turn and studied Electrical Engineering, earning her Bachelor’s of Science from the University of South Florida. She continued working as an engineer for a number of years before realizing that her career, while providing a steady income and stability for her and her family, was not setting well with her heart.

Jadus decided to abandon life as an engineer and to put all efforts into her true calling: Fine Arts. Currently her work is exhibited in galleries and private collections all over the world.

A Piece of Our City

Did you know that Bertha Palmer (1849-1918) was an internationally known socialite and businesswoman, who, in the early 1900s, bought extensive acreage in Hillsborough County? Her influence led to the establishment of both the golf course community and citrus groves that would eventually become the City of Temple Terrace. Palmer is one of the two women being featured on the mural at 56th and Busch by Jadus (left, pictured with Kim Straub from the Temple Terrace Arts Council). 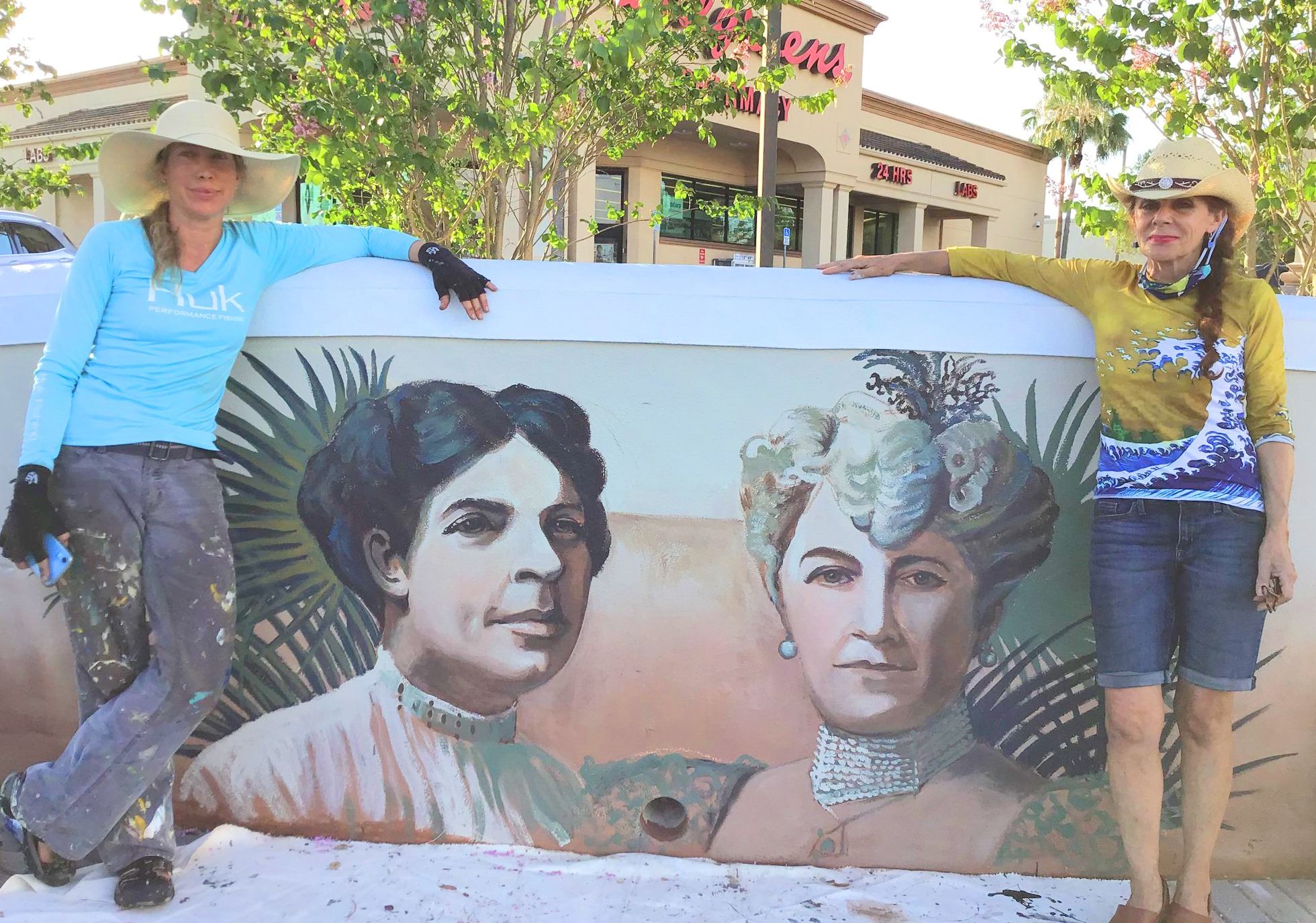 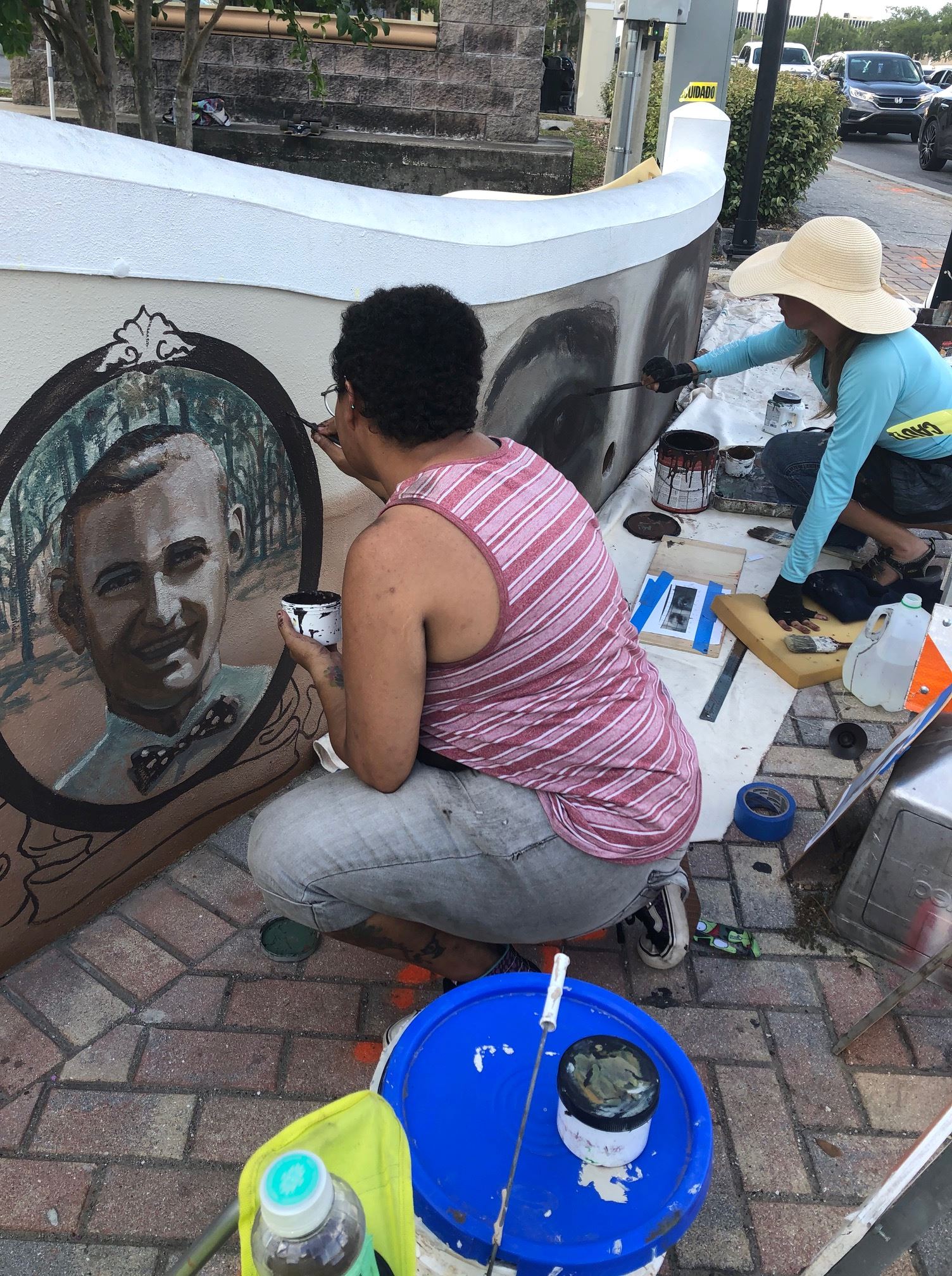 This one surrounds the portrait of Long Jim Barnes, international golf professional and the Club pro in the 1920s.