The Temple Terrace Police Department was formally established in 1928.

During a public meeting on February 29, R.D. Hoyt, commissioner and city manager, explained to city leaders that Temple Terrace needed a full-time police officer to watch over the city during night-time hours. He recommended that the city's first officer be equipped with a bicycle and watchman's clock. City leaders agreed and subsequently passed a resolution authorizing such a position. On March 8, 1928, A. P. DeMott took the oath of office and became the department's first police officer.

From this humble beginning, the department has grown to include 57 officer positions and more than 30 civilian and support staff positions. The Temple Terrace Police Department is now a fully accredited law enforcement agency and ranks among the premiere agencies serving the Tampa Bay area. 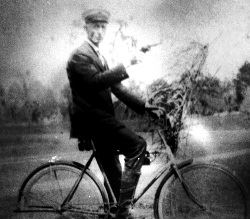