In 1959, members of the Temple Terrace Woman's Club became inspired to establish a library in Temple Terrace. They pursued this goal with dedication and perseverance and on January 15, 1960, the first library in Temple Terrace opened its doors. The books were donated by city residents and collected by Scout groups. The library was staffed entirely by volunteers from the Woman's Club, who provided all funding by holding bazaars, etc. The city donated a very small caddy house/pro shop located on the 19th tee at the corner of Inverness, Glen Arven, and Riverhills Drive.

The collection and circulation had outgrown the small house by April 1961, and the library was moved to the City Hall building (now a part of Florida College). As the demand for library service grew, it became apparent that the city should take over responsibility for the operation, and a Library Board was appointed. This made the library eligible to receive books from the Hillsborough County Library Service, and Temple Terrace's book collection grew rapidly. 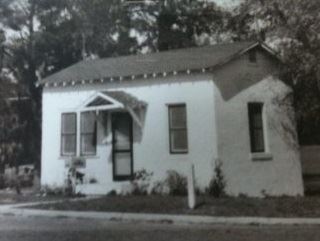 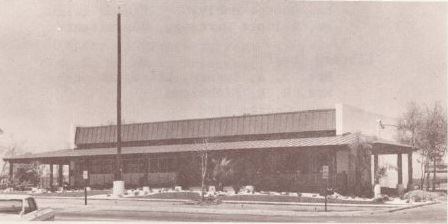 Tragedy struck in the early hours of February 18, 1982, when an arsonist set fire to the building. A total of 11,666 books and 1,010 recordings were lost in the blaze. The citizens of Temple Terrace and the Woman's Club once again made a difference and volunteered to help restore the library. In only six weeks, the library opened its doors at the Lightfoot Recreation Center while the damaged building was rebuilt. One year after the fire, on February 16, 1983, the newly refurbished building was dedicated.  In 1997, the library was renovated and enlarged to 20,000 square feet. It reopened in March 1998 with an online catalog and internet computers. Today, the beautiful Temple Terrace Public Library has extensive resources, with a selection of more than 100,000 volumes and 52 patron computers.

By 1965, it became necessary to plan for a new building. Funds to purchase the land and construct a new library came from local, state, and federal funds. On September 23, 1965, ground was broken at 202 Bullard Parkway, and the new library was dedicated on April 17, 1966. The Woman's Club, still interested in the project, provided money for the new customer service desk. This building was able to meet the community's library needs until the mid-1970s, when an additional 5,600 square feet were added. This newly enlarged structure was dedicated on April 2, 1978. 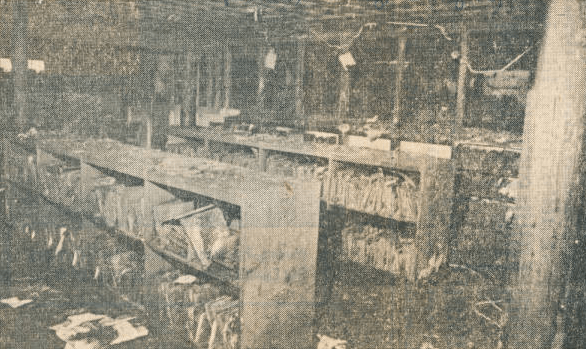